Am I the target demographic for The Time Traveler’s Wife, the new chick flick starring Rachel McAdams? The trailer features zero explosions, baseball players, raunchy high jinks, or German terrorists who take over the Nakatomi Plaza, so I’m thinking no.

Yet the premise of the movie, as I gather from its title, somehow involves science fiction. This pleases me.

And it makes me wonder: Shouldn’t all movies, good and bad, have a little bit of sci-fi in them?

It seems like such a win-win. I mean, if a particular movie sucks and you are unlucky enough to have to watch it, at the very least you’ll maybe get to see someone banished to a phantom zone, or super slimy extraterrestrials, or a time-traveling lothario who disintegrates Rachel McAdams’s clothes with a vanishing ray. And if a movie is already excellent without fantasy or science-fiction elements, could a brain-sucking space pig or a thrilling atomic-powered hoverboard race really hurt? Could they ever?

Check out how science fiction could have improved six recent movies.

1. The Sisterhood of the Traveling Pants
Like most guys, I wouldn’t have been caught dead in the theater while this 2005 tweeny-bopper movie was playing. But that’s because the pants in question aren’t time-traveling pants — or even better, space-traveling pants. And as far as I can tell, they weren’t worn by Ferengi. A missed opportunity by someone involved.

2. The Departed
How great was this gritty Martin Scorsese movie?!! Now, imagine Matt Damon’s gangster informant being played instead by a turncoat CGI alien! Only this time, he doesn’t die at the end. He just gets beamed up to the mothership by his space brethren and “departs” to his home planet. Credits roll. Minds blown. 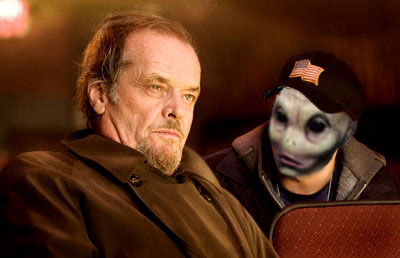 3. No Country for Old Men
Javier Bardem triumphed in this 2007 Oscar winner as emotionless, blood-thirsty hitman Anton Chigurh. And the Coen Brothers are on record as saying they wanted the character to come across as someone “who could have come from Mars.” Which can only mean one thing: Chigurh totally should have been an emotionless, blood-thirsty hitman who also happens to be a killer mutant robot from the planet Tau Boötis b. It might not have meant anything for Josh Brolin’s doomed character, but it would have meant everything to the rest of us.

Yes, this movie is hilarious, and costars Zach Galifianakis, but what, really, is at stake? Some schmo possibly missing his wedding? I daresay the ante would have been upped — way upped — with the inclusion of murderous flying monkeys. Less Mike Tyson, more evil winged baboons! 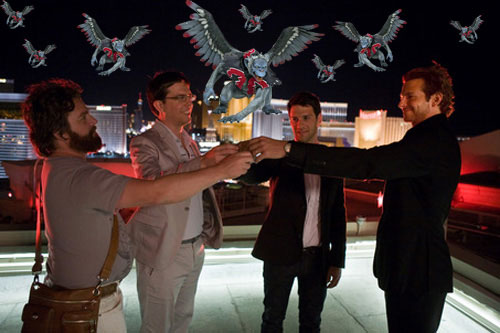 Oh, that irrepressible Juno! Who knows what sassy zingers she might have hurled had she been implanted with an alien spawn that bursts out of her stomach in the usual fashion? And dang, if the little one isn’t a spitting image of Michael Cera!

6. The 40-Year-Old Virgin
The 40-Year-Old Virgin is everyone’s favorite Judd Apatow movie. Lobot, the bald computer-liaison officer on Cloud City, is everyone’s favorite character in the Star Wars universe. Two great tastes that go together, IMO. I mean, Lobot must be pretty lonely up there on Cloud City. And judging from the cyborg’s stoic interaction with Princess Leia, the poor bastard seems to have no clue how to land a babe. (Strange, considering that his boss is the ultra-smooth Lando Calrissian.) It just goes to show that you can have it all — sexy Picardian pate, beguiling robo-name, BioTech Industries Borg Construct Ajˆ6 Cybernetic implant — and not know what to do with it. 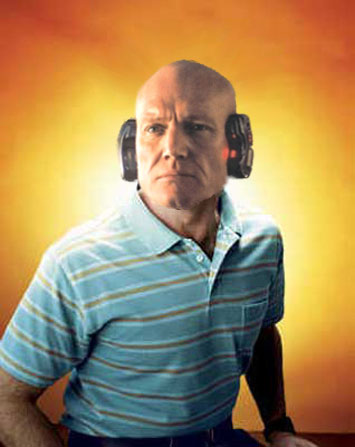