So, you’re going to Comic-Con 2009, the sold-out, weekend-long geek hootenanny that kicked off at the San Diego Convention Center today. Congrats! Here are the five facial expressions you will inevitably make as you hike from event to event. 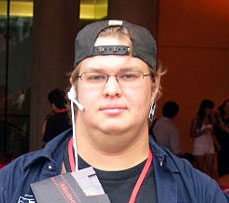 What the look says: “How am I going to get from the Burn Notice panel discussion, which ends at 3:30 p.m. and features my man Bruce Campbell, to the can’t-miss Q+A with James Cameron about Avatar, which starts at 3 p.m.? Without a time machine, I mean? Sheer force of will, that’s how. But hell, it would be pretty cool if I had a time machine.” 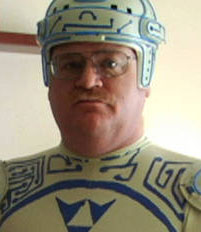 What the look says: “Wait — did I just hear you right? All they’re showing at the Tron 2.0 session is the same teaser trailer I downloaded by bit torrent three weeks ago? I don’t get it.”

What the look says: “Jesus. Will these damn Twilight-loving losers with their stupid fake fangs and their lame goth vampire outfits please just get the heck out of my way? I mean, it’s like they don’t even want to get in the line I’ve heard is already forming at noon for the 4 o’clock Buck Rogers 80th Anniversary session going on over in Room 4. Why are they even here!?” 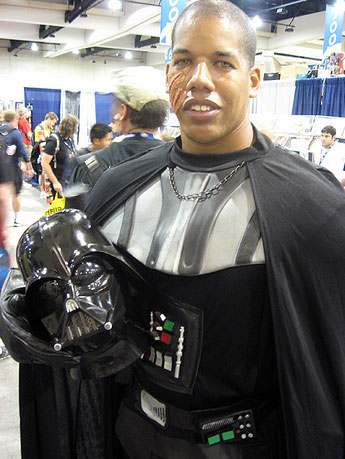 What the look says: “First I thought it was the Q+A with Peter Jackson about his upcoming sci-fi movie, District 9, where he talked about what’s going on with The Hobbit. Then I thought it was the screening of the pilot for ABC’s reimagining of V. But the premiere of Watchmen: The Director’s Cut that was bundled with a discussion with Mark Hamill about his voice-over work on the upcoming Batman: Arkham Asylum? That’s totally when I knew that spending $1300 on a flight to San Diego and five nights at a hotel was worth it.”

8 thoughts on “The Five Facial Expressions of Comic-Con”